Makoto Tateno is perhaps better known to manga fans for her Boy's Love titles, but she is actually quite a versatile writer as this volume shows. Aimed at young women, this is admittedly shoujo, but if you are looking for romance, look elsewhere. It is one of those genre busting stories that will appeal to many outside its target demographic. Lovers of tales of the supernatural will enjoy the suspense and sense of foreboding and danger as Mika and Eru live out their unlife in various urban settings around the world, all rendered with just enough precise detail in the artwork to be recognisable, but as usual for Tateno, not overburdened with unnecessary visual trivia. Mika and Eru are a likeable pair, while the antagonist Kinsei is charming in a dangerous and charismatic way. The twist in the tale is not one that was readily apparent from the start, but logical, and it adds extra dimension to what could have so easily been yet another by the numbers vampire story written for females to buy. Interestingly enough, the twist is actually only a partial reveal, with the entire truth still shrouded in mystery, awaiting discovery in the second volume. It is quite well done, so that the stopping place is logical and the volume feels complete, yet open for more. It is rated for ages 16+, and contains mild scenes of violence, death, and other such things you should associate with vampires. None of it is explicit or gory, however, and there is nothing sexually suggestive or explicit inside at all. To be honest, I feel the age rating is overly conservative; it is something I'd have no trouble passing to a child aged 13 or older if they were mine. Rather than label it horror, it more deservedly falls under supernatural suspense and its contents reflect this, in perfect accordance to the target demographic of the original Japanese publisher. A sample of this title is available to read for free before purchasing, over at English language licensee Digital Manga's own site, Emanga.com.

*Coupons cannot be applied to guest check out. 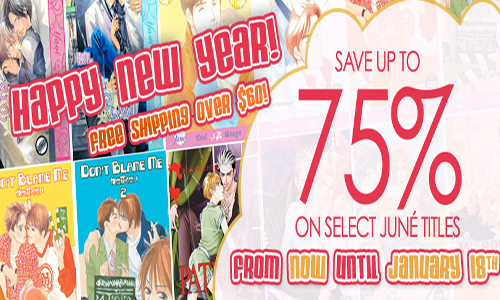